5) GB-1281708 A postcard featuring a nice sketch of the Balkerne Gate in Colchester from Becky. I’m beginning to like these types of postcards. Colchester is a town in Essex, in southeast England, which is dubbed as the country’s oldest recorded town. Becky wrote that the town has lots of Roman history. Cute stamps of the British Queen used. ❤ 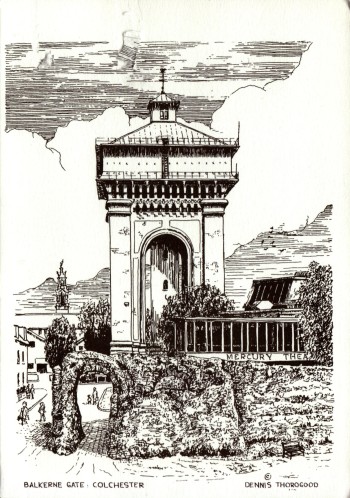 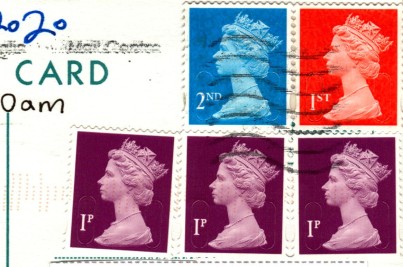 4) GB-1280527 A lovely illustrated map card of the Surrey Hills, a 422 km2 Area of Outstanding Natural Beauty in Surrey, England. It was exclusively designed by Surrey illustrator, Claire Rossiter, who was inspired by “a region rich in wildlife, woodland, waterways and chocolate box villages alongside breathtaking countryside and panoramic views” (taken from the back side of the card). Julian, the sender, also collects map cards. And what great stamps used, including one that says “Slowly bring the stamp to your nose”. I feel crazy that I did it, and nothing happened. XD 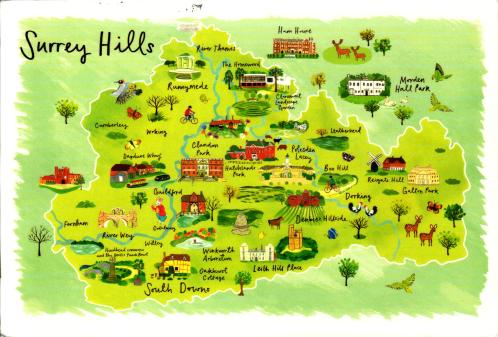 3) GB-1265601 This postcard of the Tower Bridge was sent by Karoliina, a Finnish-Brazilian girl who grew up in China. She wrote about her new bike, and I think it is a good choice to get away from public transportation these days. I use an electric scooter and Carl used an electric bike. We would probably have an electric car, if ever we decide to have a car. 😉 Anyways, we were in London last year, and it was an amazing travel experience. Loved that we got to see the Stonehenge and the Greenwich timeline. Nice stamp used! ❤ 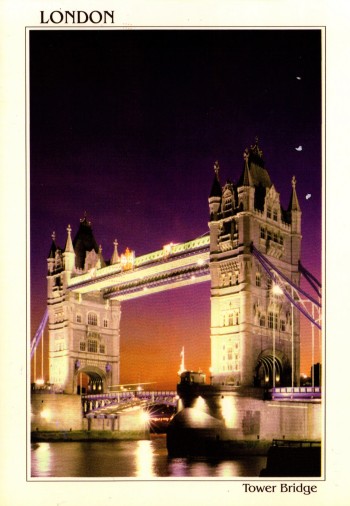 2) GB-1199468 An art postcard from Gina, showing a piece of American Impressionism by John Twachtman. It is entitled “Winter Landscape (1890-1900)”. Same stamp used as the first postcard I received from the UK (see below). ❤ 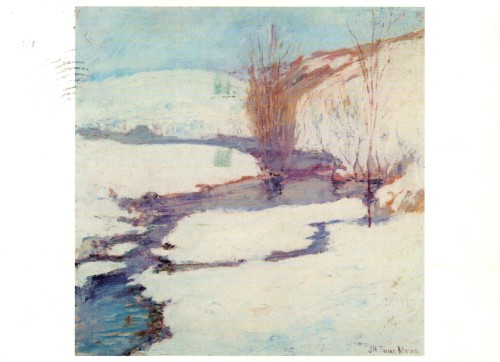 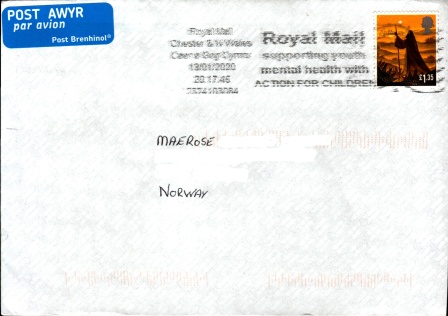