Trollhättan is one of the most memorable Swedish cities we’ve visited so far. I felt small as we wandered along the Göta river, or the “River of the Geats”, which flows from the largest lake in Sweden, Vänern, into the Kattegat, the sea between Sweden and Denmark. The Trollhättan falls in the Göta river with a dam, hydropower station and locks was huge! The surrounding nature reserve of Älvrummet offers a great walking route with viewing points alongside it. We were also welcomed by several unique statues, and the neo-Gothic church from 1860 graced the place with its 40-meter tower and vibrant red brick color.

After spending a lovely evening and enjoying a delicious breakfast in Hotell Bele, we were out again to explore the city and see what Trollhättan has to offer. We saw some crows (specifically jackdaws) scavenging on some foodwaste on the street, like in a novel, while the city was slowly waking up to the loud chirping of birds and tooting of vehicles on an early Sunday morning.

We decided to see the waterfalls and the river, so we drove towards the Karl Johan’s Square and parked there. There are numerous unique statues in the area. Here are some:

Also on the Strömkarl bridge is a huge head made from granite, entitled “Strömkarlen”, built by Carl Eldh and designed by architect Erik Josephson. It is also dubbed as the water spirit of the river.

There are many other statues in Trollhättan, and one can do a walking tour to visit some of them. Check out this site if interested: https://www.vastsverige.com/en/trollhattan-vanersborg/produkter/the-sculpture-tour/.

We crossed the Strömkarl bridge and expected to see the mighty waterfalls on the other side. However, we didn’t hear loud, crushing waters at that time. Apparently, the water was controlled by the dam then. It was only released in summer, and when they do, 300 000 liters of water rushes through the gates for every second! That would have been so dramatic to see.

Without Vattenfall, the water authority controlling the dam, releasing the water, we were able to see the depths of the gorge and the texture of the riverbed, which was enormous. A path alongside it and within the Älvrummet nature reserve gave us a wonderful walking opportunity, as we admired the innovativeness of this city and its people. Chilly autumn weather and colors a bonus!

The proximity of the Älvrummet nature reserve to the city is admirable. This is why I mentioned in a post before that I could imagine myself living here. It would be lovely to walk in the mornings, and when I get guests, I would know exactly where to take them. Beautiful hiking trails that offer amazing views – what a refreshing way to spend any day!

Oscarsbron or King Oscar’s bridge crosses the river Göta and was built in 1889. It was actually the first bridge to the city center that crosses the river, but the original bridge was replaced in 1969. So, when you google the bridge, the foundation is there, but the bridge itself was moved a little further. However, it has remained as a well-visited bridge in the city where one can gaze at the waterfalls. Not around the time were there though..

On the other side of the bridge are the Oliden hydropowerstation and the locks. But before that, we took the opportunity to get a closer look at the towering church. As mentioned, it was built in the 1800s in a neo-Gothic style by the New Trollhätte Canal Company (Nya Trollhätte Kanalbolag), and they eventually gifted it to the city. What a noble act!

There was a church service happening so we were not able to see the interior of the church.

Going back to the parking lot, we walked across parks and alongside some parts of the Trollhätte Canal. It was opened in 1800! And in 2004, it became a national monument. According to wikipedia, it is 82 kms long (about 10 kms was man-made), and has six locks downstream towards the city of Göteborg (Gothenburg). Since the locks were made with materials from over a hundred years ago, regular maintenance have been done but were not sufficient to make them safe until 2030. So, the city will be renovating the locks before that. It’s exciting to learn how they’re gonna do it.. More information about the canal and the locks here: https://en.wikipedia.org/wiki/Trollh%C3%A4tte_Canal.

The walk was memorable, and Trollhättan gave a lasting good impression. Before living the city, we went to a museum for a Swedish brand automobiles 🙂 More about it in the next entry! #spreadloveandpositivevibes

ALL PHOTOS AND VIDEOS ON THIS BLOG ARE MINE.

The images and contents posted on this blog are my property. Please don't print out, copy, or publish without proper citation or permission from the owner. Thanks and happy blogging! :)
Join 948 other subscribers 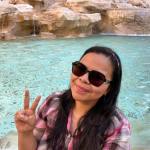